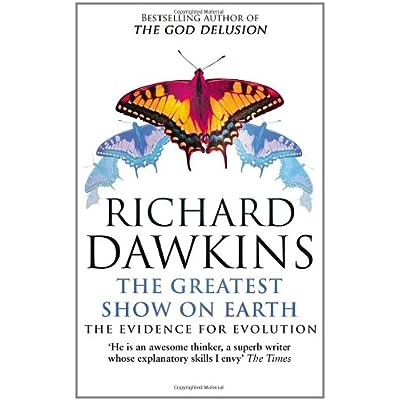 Subtitle: The evidence for evolution

A sad book – extremely prejudiced and bitterly derisive of all believers. His way of interpreting a variety of interesting scientific phenomena could support evolution, but ‘evidence’ in the sense of proof it is not.

In fact, similarities in anatomy and DNA  and variations within species do not address the hurdle of how one mother along the line could have two progeny which constitute different species, unable to interbreed.

Also, the big issues are ignored:

Why is Dawkings determined to be meaningless?
FacebookTweet