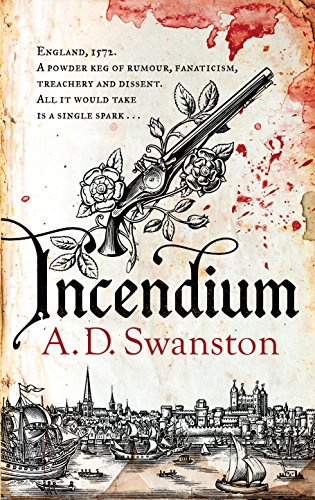 Gripping from beginning to end, we follow the tense developments of the Papist struggle to overpower the Huguenots in France and reclaim the English crown from Protestant sympathiser Queen Elizabeth I in the late 16th century.

Lawyer Christopher Radcliff finds his life threatened when he is sent by his patron, Robert Dudley, the Earl of Leicester, on a secret mission to Paris at the height of the religious conflict, then makes use of dubious intelligencers to investigate rumours of a massive plot in London, involving murder, torture and executions.

Swanston has developed the historical scene very well, as also the key characters.