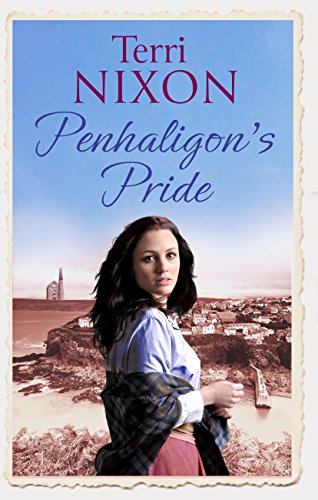 Even better than Book 1!

It’s great to find Freya tidying up the old bookshop again, struggling to overcome her terror of the sea with Mairead’s patient help, having earnest talks with her best friend Juliet and generally making sure all is well in Caernoweth. But it’s not long before things start to get very hot.

Terri Nixon has succeeded in conjuring up a complex mesh of everyday events laced with misunderstandings, suspicions, accusations and fears that look as if they are going to shatter the prospects of a happy family. Anna and Matthew appear very realistic as their love is tested by traumatic events. But the many secondary characters, whose concerns are no less dramatic, are also well developed.

Penhaligon’s Pride is primarily about vivid relationships, from the agony surrounding a mysterious death to budding love affairs and the rivalry between Freya’s admirers. But we also get a valuable glimpse of Cornish village life in 1910 – the backbreaking work in the tin mines and the fishermen contending with the ever threatening sea. The rich landowners, whose only care seems to be balancing their books, contrast dramatically with the poverty-stricken workers, who come over as much more human as they muck in together when the storm devastates several houses. But even aristocrats can change.

I very much hope there will be further books in the Penhaligon Saga.